This is the story of an unexpected encounter between Mario and the irreverent Rabbids. To bring order back to a splintered Mushroom Kingdom, 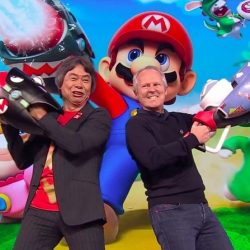 Mario, Luigi, Princess Peach, and Yoshi team up with Rabbids heroes in a journey through four different worlds.

Outwit unpredictable enemies in dynamic turn-based combat and co-op challenges, and solve puzzles along the way. Discover a feel-good and modern combat adventure designed exclusively for the Nintendo Switch™ system, playable anywhere, anytime, with anyone.

For this game, Ubisoft Paris and Ubisoft Milan studios worked together to co-lead the project. The team first develope 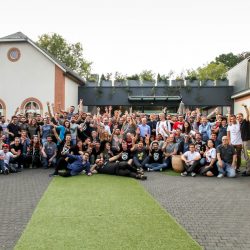 d a prototype in just three weeks. Upon seeing it, Shigeru Miyamoto, creator of the famous Mario franchise, gave his approval to develop the game. Officially announced at E3 2017, the game was a huge success and by September 2018, 2 million copies had already been sold! 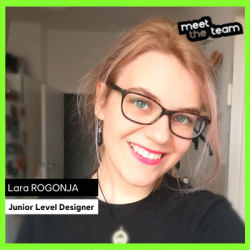 Meet The Team is an offbeat interview with the studio’s talents. Get to know us, discover our backgrounds, our favorite games, our life at Ubisoft… 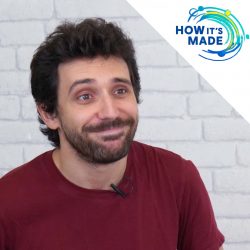 HOW IT’S MADE: SHOW THE ENTIRE WORLD THE DEVELOPER’S VISION

Have you ever wondered how developers and marketing teams work together? Christophe works on the Mario+Rabbids franchise, and he has a lot to tell you… 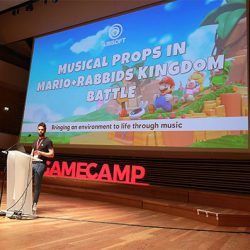 Bringing a gaming environment to life with music

You only need to have played a Mario game before to realise how important music is in the licensing world. In the Mario + Rabbids… 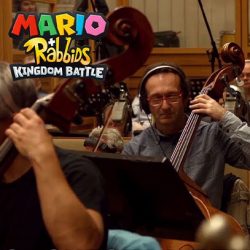 The game Mario + Rabbids Kingdom Battle contains 2h30 of music, which adapts to the themes of the levels and the emotions of the players….